Can Your Brain Heal Your Body? 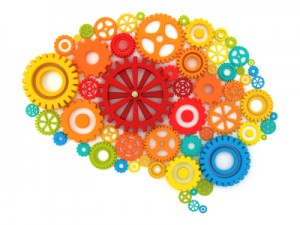 Can your brain heal your body? It is called the Placebo Effect and it is a phrase commonly used to discredit therapies in testing as in, “It is no better than a placebo.”  But what does that mean?

The word placebo literally means:  ‘I do nothing.’  The placebo effect is when that particular nothing seems to cause a positive effect.  In the pharmaceutical industry a new medication has to show some efficacy—some proof that it works at least a little—to get approved for use.  That’s where random double-blind control studies come in.  Double-blind means that no one can know who is getting the placebo, the fake drug often referred to as a ‘sugar pill,’ and who is getting the real one—none of the researchers can know and none of the test subjects can know—double blind.  And “control” means that there are two randomly selected groups drawn from a pool of people with similar traits, the test group which will get the drug and the control group which will get a placebo in the same way (the same number of times per day, injection or pill, etc.).

The interesting part to me is that some of the control group in every study improve or even get well by just believing the medicine they are being given will help them.   They believe, so they heal.  It works so well that there is a law that prohibits doctors from giving fake medicine to their patients without their knowledge.

A person who responds to a placebo is not nutty, faking, overly impressionable or abnormal in any way—the placebo effect has been tested for decades and the healing can often be measured.  It exists.  Some of the control group always get better just believing they will. Of course some get better no matter what they believe.

Spontaneous remission.  Some people, regardless of what they do or do not do, will get better.  We have no idea why.  There are always stories of these miracle events and people.  That is why we do research such as random double-blind control studies, to figure out who gets better and why.  If I have pancreatic cancer and I am eating dog biscuits and I suddenly get better, I might believe it was the dog biscuits.  But, unless other people get better eating dog biscuits, then that claim is meaningless—and sometimes those claims can hurt people who try a dangerous  “cure” because someone attributes their spontaneous remission to it (insert cyanide for dog biscuits and you can see what I mean).  Some people just get better for no known reason.  Researchers assume that about the same number of people in both experimental groups will experience spontaneous remission, so the difference between the test group and the placebo group should show if the drug or therapy being tested (this is used for many therapies from massage to patient navigators, as noted in my previous blog entry) did anything.

Research shows that between 30 and 90% of control subjects respond to a placebo.  That is a LOT of people.  The placebo effect is so powerful that in a recent test of a new chemotherapy drug, 30% of the placebo group lost their hair!

Get Smart About Herbal Medicine

Get Smart About Meditation